Filming for The Almost Impossible Gameshow

The big shoot for me this summer was filming for Endemol and ITV2’s new game-show The Almost Impossible  Game-show. 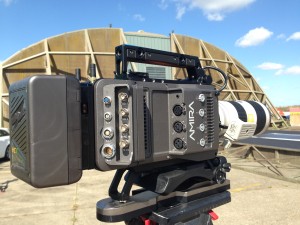 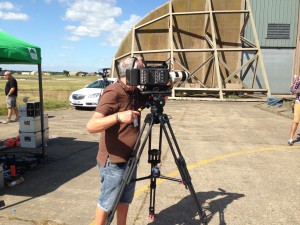 Usual spot in the morning 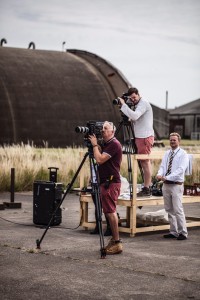 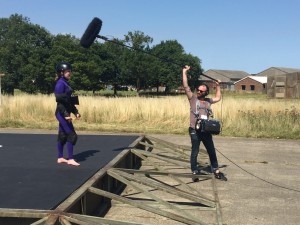 Toby the soundie with a contestant

Filming at RAF Bentwaters near Ipswich for three weeks we shot two series of 6, 12 episodes in all. The show went out on the 1st October this year. We were dead lucky with the weather with only 1 day affected by rain.

The shoot was co-ordinated by Electric Robin with my good friends Kevin Batchelor and Ross Brandon, we filmed predominately with the Arri Amira cameras but had the Canon C300 as the safety cameras plus go pros dotted around the games. We had three cameramen plus a soundman on each game plus there were two crews filming actuality and profiles of the contestants. 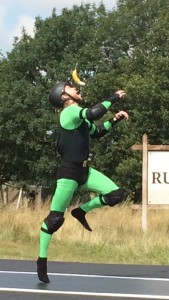 Contestant tries to eat a banana while running on travelator 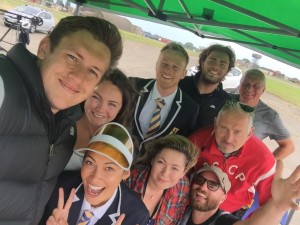 My two areas that I was filming were the ‘Runway’ with the Travelator and the ‘Mud pit’ with Tiny Bike. My task was to film the ‘Super slo-mo shot’ of the contestants falling on the travellator and into the muddy water of Tiny Bike.
In each episode  ten contestants pit themselves against The Almost Impossible Gameshow’s incredibly simple yet hilariously difficult games. 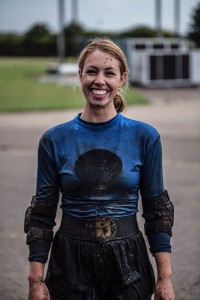 A happy but Muddy contestant..still smiling.

Comedy duo The Rubber Bandits provide anarchic commentary and their own twisted, surreal take on the action as the increasingly bedraggled contestants make their way through the show.

The games include riding a tiny bike at speed along a very narrow beam, shaking Velcro croissants off a Velcro bodysuit and putting on a pair of trousers while sprinting on a treadmill. 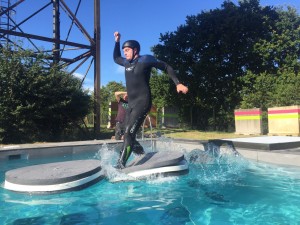 One of the other challenging games

If they succeed at this Almost Impossible task and beat the show they’ll return home covered in glory! And mud or Slime. The show goes out at 21.00 on a Thursday ITV2. 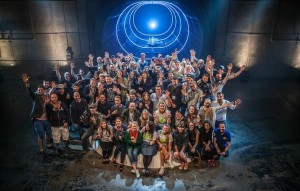 The Full Crew and Casting 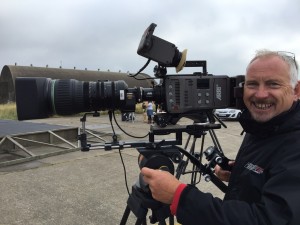 Final days filming and they give me this bad boy