Earlier last year I had an exciting Video Shoot for Haya Water in Muscat Oman. This was the first time that I had been to the Oman and was told that if I took my camera it wouldn’t be a problem entering the country. Wrong!! as I went through customs I was told that I needed a letter of authorization from the Ministry of Information. As the time was 23.00 this was not possible to obtain until the following day, so reluctantly I had to leave my camera at Customs for the night. Next day all was sorted thanks to our client Khalid.

The video shoot was a Health & Safety video for visitors and contractors and was set against the beautiful and sunny countryside of Muscat. As you can see in these pictures and the video, everyday was hot and sunny(about 29-30 degrees) I was really taken with the country, the people are so friendly and welcoming. 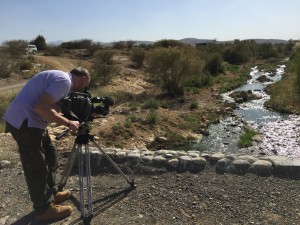 Haya Water was established in December 2002, as a closed joint stock company owned by the government of the Sultanate of Oman. Its aim is to develop, built, operate and maintain a world class water reuse system by converting waste water into environmental friendly products such as compost.
Since then they have invested huge sums in the modernisation and expansion of the Sewage Treatment Plants, treated effluent and sewerage network. 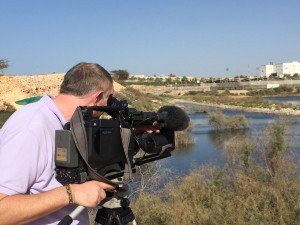 Shooting at the the wetlands at Al Ansab

The Oman is a very mountainous country which I got to see alot of whilst traveling to each location. It also has a spectacular coastline. Muscat means ‘safe anchorage’ and has a large port which brings in tourist through cruise ships. We got to see the historic ports of Old Muscat and Mutrah which were stunning. I was pleased with the video which I think shows the the natural beauty of Muscat and the Oman.  I also used my GoPro to get underwater shots for the titles which add another dimension. Overall a very pleasurable project. 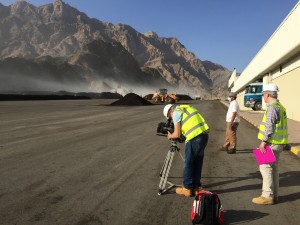 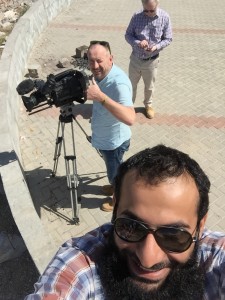 Another day filming in the sunshine